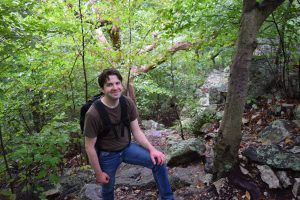 As a software developer at the American Board of Radiology, it seemed almost poetic when my doctor sent me for a precautionary MRI in the summer of 2015. I went for it early in the morning and arrived at work a little later than usual. A coworker, who usually arrives after me, jibed that he beat me to the office. I joked about spending the morning verifying our certification in the field. Well, it was supposed to be a joke. The radiologist who interpreted the scan was actively maintaining his ABR certification, and I can personally attest to his medical competence in diagnostic radiology. My doctor called me around lunch to arrange a follow-up scan with contrast dye. When I arrived home from work, I logged into my patient portal so I could see what all the fuss was about. “CANCER OF MEDULLA” was listed by my doctor as a new active condition. With growing concern and curiosity, I spent the rest of the evening reading the full report. The report was brief, but I had to read a Wikipedia article about every third word to make sense of it. The relevant parts were, “…mass at the posterior edge of the left medulla oblongata at the foramen magnum … Cannot rule out CVA nor cancer…” Which roughly translates to, “There is an unexpected thing at the base of the skull. At worst, this thing could be the result of a stroke, or it could be cancer. Another type of test is needed to properly identify this thing.” Shortly after the follow-up MRI with contrast, my doctor interrupted my dinner with a phone call, asking if he could refer me to a neurosurgeon. A few hours later, the neurosurgeon called to arrange a consultation for the next day. At the consultation, the neurosurgeon explained that the tumor was most likely a hemangioblastoma, which is benign, but in this case still lethal in about 20 years. Due to its location, growth of the tumor would stop the flow of cerebrospinal fluid, making sleep useless, and press against my brain stem, stopping my heart. As bad as all of that sounded, it was about the best possible scenario. The slow growth of the tumor would allow scheduling surgery for convenience, and the location would allow for removal without opening the skull. I decided to go through with it. The surgery went perfectly and a biopsy confirmed the tumor was a hemangioblastoma; I was cured. After this experience, the ABR’s mission became my mission. Had my radiologist not noticed the unrelated anomaly in that first MRI, I would still have a tumor. By the time I would have started exhibiting symptoms, it would have been too late to do anything about it. My radiologist put in the extra effort to stay current in his field. Board certification is a promise to each patient that they are in good hands. I am grateful that the work I do has a meaningful impact in helping patients establish credible trust with their healthcare providers. 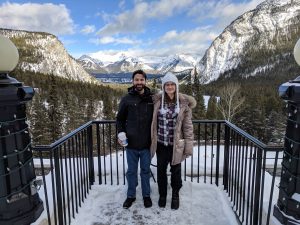 As a Project Lead at the ABR, Brian Lindsay is involved with the tools that make exams and certification possible. He uses his computer science background and passion for problem-solving to ensure the only difficult part of the process for radiologists is maintaining knowledge of their field. Away from work, he enjoys spending time with family, astronomy, hiking, skiing, and hang gliding.
CategoryBlogs, News
TagsBlog
Help spread the word
Copy Link
https://www.theabr.org/blogs/radiology-saved-my-life
© 2023 American Board of Radiology    |    Privacy & Legal    |    Americans with Disabilities Act (ADA) Site Map
The American Board of Radiology does not and shall not discriminate based on race, color, religion (creed), gender, gender expression, age, national origin (ancestry), disability, marital status, sexual orientation, or military status in any of its activities or operations. These activities include but are not limited to hiring and firing of staff, selection of volunteers, conducting committee meetings, and administering exams. We are committed to an environment free from discrimination, sexual harassment, and other unlawful forms of harassment. To report any actions of discrimination, sexual harassment, or other unlawful harassment, please contact Karyn Howard, Managing Director, at 520-790-2900 extension 2171 or you can call our confidential hotline at 844-280-0005.