To Her Patients, She’s a Champion for Wrestling with Breast Cancer

These Residents are Thankful for Their Programs Queen of the Kingdom Hoping for Super Coronation New BOT Chair Brings Right Attitude to the Role Is He Happy to Pursue Radiology? You Better Bee-lieve It International Medical Graduate Credits Mentor for Her Second Chance
Breast Imager Thinks Pink All Year Long Diplomates Invited to Apply for Board of Governors Position ABR Accepting Applications for Diagnostic Radiology Associate Executive Director Jump at the Chance if Invited to Present at Grand Rounds Exam Day Help Desk Has Answers for Candidates

To Her Patients, She’s a Champion for Wrestling with Breast Cancer 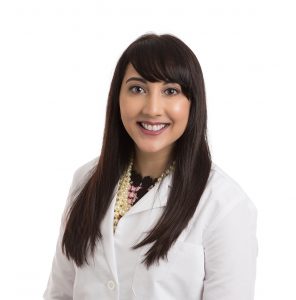 The theatrics of professional wrestling seem like a long way from the world of seeking a cure for breast cancer. But World Wrestling Entertainment, in conjunction with Susan G. Komen, brings the two together during its Champions for Hope competition. Champions for Hope competitors include patients, doctors and breast cancer advocates from across the country who have gone above and beyond when it comes to breast cancer advocacy and research. This year, Amy Patel, MD, was one of five finalists for the award. Dr. Patel is a breast imaging specialist at Liberty Hospital in Missouri and Assistant Professor of Radiology at the University of Missouri-Kansas City School of Medicine. Though she didn’t win, Dr. Patel was proud to be considered and is happy to be back home helping patients in rural Missouri. She took a few minutes recently to talk about her work and her admiration for the world of headlocks and suplexes. What inspired you to enter the Champions of Hope competition? I watched wrestling with my brother as a child growing up in rural Missouri. It was a way to bring us together and share a mutual fun interest. But honestly, I did it more for my patients. We have a lot of WWE fans and I thought it could be something neat to give to them and for which they could be excited–from cancer survivors to current breast cancer patients and beyond! You were asked to write an essay as part of the contest. What did yours say? I talked about how I left a Harvard institution to go back to the area in which I was raised to offer my subspecialty services, as I knew the area was severely lacking access to care for breast and subspecialized breast imaging. Currently in Northwest Missouri, there are only four fellowship-trained breast radiologists. In this area, there are a lot of wrestling fans, including myself, as it was a childhood staple of growing up there. I knew this would also mean a lot to my patients (particularly those currently going through treatment) and staff, many of whom are wrestling fans! What was your reaction when you discovered you were one of the finalists? I could not believe it, as it was such a long shot to begin with! I felt sincere gratitude and, of course, excitement. How much have you been involved with the Susan G. Komen organization? Since returning to the Kansas City area to practice, I have forged ties with the local Susan G. Komen Chapter and last fall, I was named Susan G. Komen Kansas and Western Missouri’s “Biggest Big Wig,” which was an inaugural campaign to raise money for breast cancer awareness. Now, as a result of the Champions for Hope Contest, I will be working on initiatives with Susan G. Komen National Headquarters. Did your colleagues know you’re a wrestling fan? Ha! No! It was a fun factoid they learned about me! Who’s your favorite WWE character and why? I am not sure if I have a favorite one per se, but I do like the Bella Twins. I feel they embody female empowerment. How much does your work overshadow the fact you didn’t win the competition? I felt like I did win because I was able to return to the area in which I was raised to assist in closing the gap to breast care disparities for a quarter of the state of Missouri! That beats winning any contest.
CategoryBlogs, News
TagsBlog
Help spread the word
Copy Link
https://www.theabr.org/blogs/to-her-patients-shes-a-champion-for-wrestling-with-breast-cancer
© 2022 American Board of Radiology    |    Privacy & Legal    |    Americans with Disabilities Act (ADA) Site Map
The American Board of Radiology does not and shall not discriminate based on race, color, religion (creed), gender, gender expression, age, national origin (ancestry), disability, marital status, sexual orientation, or military status in any of its activities or operations. These activities include but are not limited to hiring and firing of staff, selection of volunteers, conducting committee meetings, and administering exams. We are committed to an environment free from discrimination, sexual harassment, and other unlawful forms of harassment. To report any actions of discrimination, sexual harassment, or other unlawful harassment, please contact Karyn Howard, Managing Director, at 520-790-2900 extension 2171 or you can call our confidential hotline at 844-280-0005.