News from the ABR

Both will serve as part-time ABR staff and act as liaisons to the board and other stakeholders. There are four AEDs, including those for diagnostic radiology and radiation oncology. 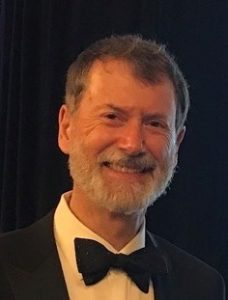 He was the director of the Ibbott Lab, which investigated three-dimensional dosimetry techniques, most recently developing dosimetry systems for use in MRI-guided radiation therapy. He has been author or coauthor of approximately 200 publications in refereed journals.

He was an ABR trustee and governor from 2007 to 2017, including time as secretary-treasurer. 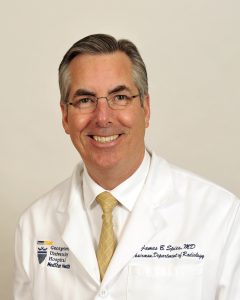 He has an active practice in uterine embolization for fibroids, has performed extensive research on the procedure, and is recognized as an international authority. He has authored more than 100 published scientific studies, given more than 400 invited presentations, and edited a text on uterine embolization.

Established in 1934, the ABR’s mission is to certify that our diplomates demonstrate the requisite knowledge, skill, and understanding of their disciplines to the benefit of patients. The ABR is one of 24 Member Boards of the American Board of Medical Specialties.

CategoryNews, Press Releases
TagsPress Release
Help spread the word
Copy Link
https://www.theabr.org/news/two-associate-executive-directors-join-abr-staff
© 2023 American Board of Radiology    |    Privacy & Legal    |    Americans with Disabilities Act (ADA) Site Map
The American Board of Radiology does not and shall not discriminate based on race, color, religion (creed), gender, gender expression, age, national origin (ancestry), disability, marital status, sexual orientation, or military status in any of its activities or operations. These activities include but are not limited to hiring and firing of staff, selection of volunteers, conducting committee meetings, and administering exams. We are committed to an environment free from discrimination, sexual harassment, and other unlawful forms of harassment. To report any actions of discrimination, sexual harassment, or other unlawful harassment, please contact Karyn Howard, Managing Director, at 520-790-2900 extension 2171 or you can call our confidential hotline at 844-280-0005.