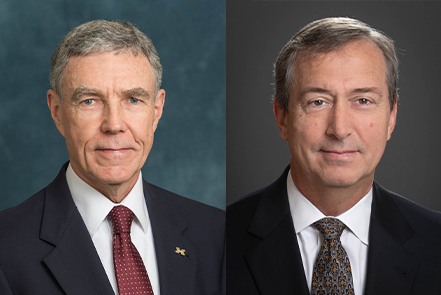 We distribute an exit survey after each of our exams. For the DR and IR/DR Qualifying (Core) Exam in February, we were fortunate to see a 50% response rate from the nearly 1,400 candidates. We sincerely value the input, both the digital responses and the free-form comments, as we attempt to improve the experience and validity of our exams.

Some of the responses allowed us to determine trends in the local environment used by the candidates. For example, the group was nearly evenly split between laptop vs desktop, wired vs WiFi, and “in my home” vs “in my program.” (The way we collected the data was designed to be easy for the respondent, and correlations among the above variables were not established.)

The practice exam was deemed helpful by 97% of respondents. This confirmed that candidates should develop facility with the platform, including the log-in process and the image tools, prior to exam day. We want the exam to assess knowledge, not the ability of someone to navigate an unfamiliar system.

The technical aspects of the exam were, in general, favorably reviewed by the candidates. (Unless otherwise specified, a “favorable” response included “agree” or “strongly agree” with a positive statement about the exam.) Of 30% of respondents who contacted the ABR Help Desk on exam day, over 90% favorably responded on the ABR staff’s ability to resolve the issue. Most of these requests for assistance were based on brief interruptions in connectivity.

Over 90% offered favorable responses to the following:

Greater than 85% of candidates offered favorable responses regarding connectivity during the exam, including the Proctorio plug in.

What we can improve:

Return to The BEAM

CategoryBeam
TagsApril 2021
Help spread the word
Copy Link
https://www.theabr.org/beam/focus-on-dr-april-2021
© 2022 American Board of Radiology    |    Privacy & Legal    |    Americans with Disabilities Act (ADA) Site Map
The American Board of Radiology does not and shall not discriminate based on race, color, religion (creed), gender, gender expression, age, national origin (ancestry), disability, marital status, sexual orientation, or military status in any of its activities or operations. These activities include but are not limited to hiring and firing of staff, selection of volunteers, conducting committee meetings, and administering exams. We are committed to an environment free from discrimination, sexual harassment, and other unlawful forms of harassment. To report any actions of discrimination, sexual harassment, or other unlawful harassment, please contact Karyn Howard, Managing Director, at 520-790-2900 extension 2171 or you can call our confidential hotline at 844-280-0005.